It’s that time of the year again and another Bonhams Entertainment Memorabilia auction is looming.

There are a number of Doctor Who, Torchwood and Sarah Jane Adventures items on offer.

Most of the Doctor Who items are left over the from the previous sale in December last year, now with considerably reduced estimates and reserves.

Bonhams sale 21947
(25th June 2014)
Entertainment Memorabilia
As usual I have separated the items by Doctor era, and you can see the rest of the items here:

ere are just the lots relating to the Third Doctor era 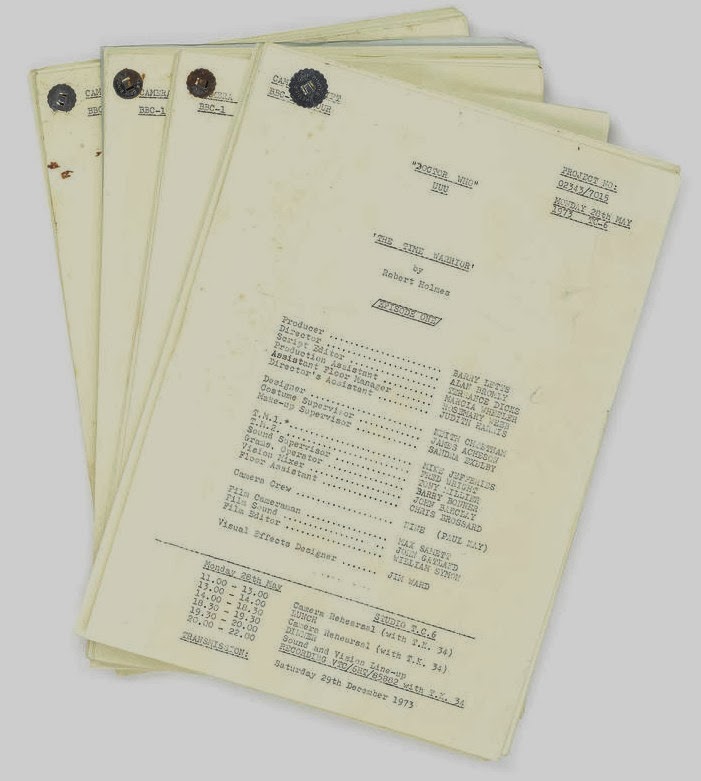 FOOTNOTES
Provenance: From the Estate of Bob Slatford, BBC Visual Effects Department between 1986-1974.
Working alongside Jack Kine and Bernard Wilkie.