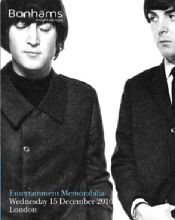 Bonhams December Film and Entertainment Memorabilia sale is upon us soon, and again there are a few Doctor Who items on offer - and a few is all it is!

There are only three items, one of which, a jacket worn by Jon Pertwee, wasn't even screen used.
It feels like the left overs from a car boot sale - very disappointing.

Anyway, the jacket is listed below. 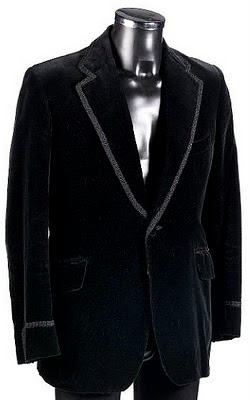 Lot 101
Dr. Who: a black velvet jacket worn by Jon Pertwee,
with braid to lapels and cuffs, single button to front, labelled Austin Reed, the right sleeve inscribed inside by Jon Pertwee in silver pen, To Dewey My very own! Worn for ''The Doc'' back in '69!!, also with some other very indistinct writing, believed by Pertwee when signing the jacket at a convention in February 1991

Posted by Steven Ricks Tailoring at 17:07