Being June, it’s time for the next six-monthly Entertainment Memorabilia sale at Bonhams.
As usual there are a scant few Doctor Who items on offer, some more interesting that others. Here are the items relating to the Third Doctor (and the Second for want of somewhere to list them).


Sale 19036
(29th June 2011)
Entertainment Memorabilia
As usual I have separated the items by Doctor era, and you can see the rest of the items here:

Footnote:
This was worn on-screen for the 30th anniversary episode, 'Dimensions In Time', and can be seen on the cover of the Dr. Who Annual, 1996, in Jon Pertwee's autobiography, the Dr. Who magazine and several BBC videos. It was originally purchased at the Longleat auction in August 1996, which included a number of items from Jon Pertwee's widow. The cape was Lot 64 in the auction. 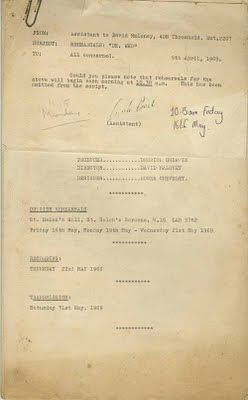 Lot 111A
Doctor Who: A rehearsal script for 'Dr Who And The War Games'
for rehearsals May 1969, Episode Seven, with related memo, cast/set list and twenty-five numbered, mimeographed pages, some annotated 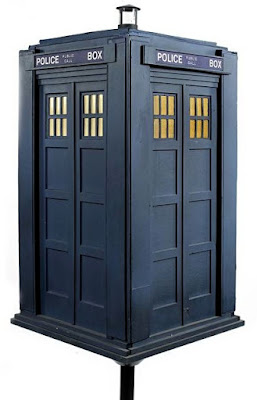