This week sees the regular December Entertainment And Memorabilia Auction at Bonhams.
There’s a handful of Doctor Who items, but the majority are for uninspiring Torchwood and Sarah Jane costumes. 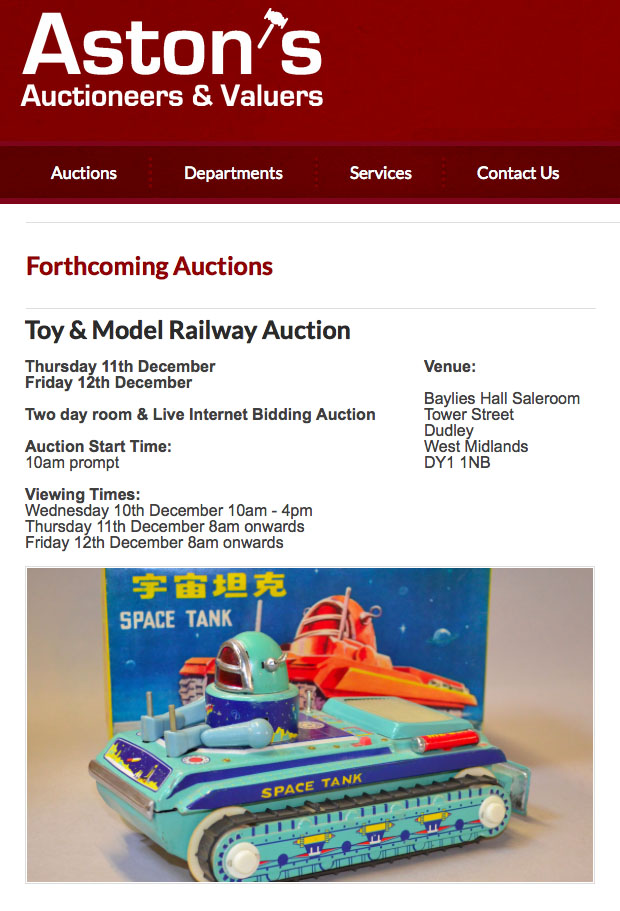 But what has caught my eye is a lot in another auction taking place by Aston’s Auctioneeres in Dudley, West Midlands!

This Thursday and Friday (11th and 12th December 2014) sees a vast sale of Toys and Model Railways.

The most interesting lot is for an original Berwick Dalek Playsuit from 1965.
Originally sold for 66s 6d, they sell for in excess of £300 to £400, so the £150 to £220 estimate is quite conservative, given that it is complete and comes with the original box. 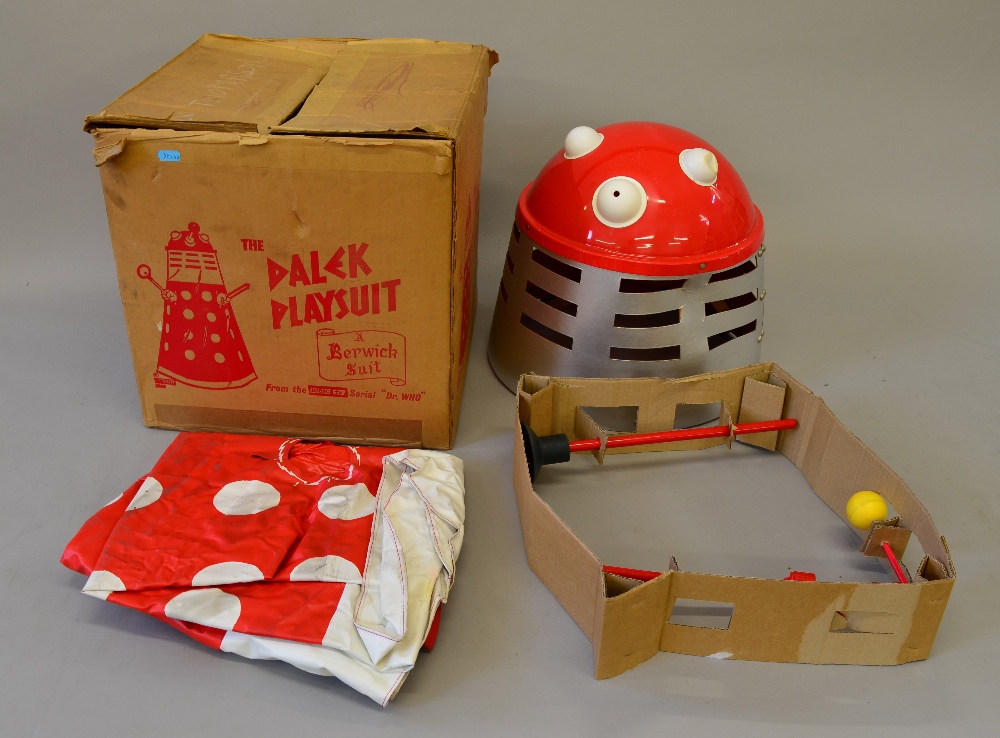 Posted by Steven Ricks Tailoring at 09:48